What's in the Display?
The eight panels of "'We Stand on Their Shoulders" tell the story of Wisconsin women's struggle for political rights with an in-depth timeline and reproductions of 21 historic photographs and documents. The display is most suitable for secondary schools and the general public. 4 freestanding, double-sided poly fabric banners, 39" x 87", on retractable banner stands.

Rental Fee and Booking
Organizations in the Fox Cities may schedule the "We Stand on Their Shoulders" traveling display at no cost. This copy of the display is made available by the 19th Amendment Centennial Coalition and managed by the History Museum at the Castle.

A teacher resource toolkit to share suffrage history in the classroom is also available here.

Celebrate the centennial and learn about women's rights in the Fox Cities here.

​The Museum will reopen on March 1.

Exhibit Brought to You By 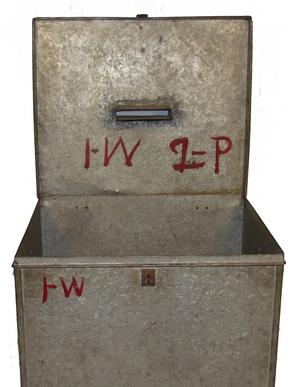 The traveling display "'We Stand on Their Shoulders:' A History of Wisconsin Women and Voting" explores moments when women in Wisconsin gained political rights and highlights a few key leaders. Covering the ratification of the 19th Amendment, 1921 Wisconsin Equal Rights Act, 1924 Indian Citizenship Act, and 1965 Voting Rights Act, the eight-panel display shares the important story of women's quest for political rights and recognition through quotes, photographs, and a timeline of events.

The History Museum, in partnership with the Wisconsin Historical Society and 19th Amendment Centennial Coalition, currently provides this display to schools, public libraries, historical societies and civic organizations in the Fox Cities.

Donated by the City of Appleton

This was the first ballot box to be used in an election by Appleton women who lived in the first ward, second precinct. The local suffrage movement was led by the Congregational Church, students from Lawrence University, and University faculty. ​Though the Wisconsin state legislature initially resisted the suffragist cause, Wisconsin was the first state to ratify the 19th Amendment of the U.S. Constitution in 1919 that allowed women to vote in national elections. However, women could not vote in state and local elections until Wisconsin's state constitution was amended in 1934. 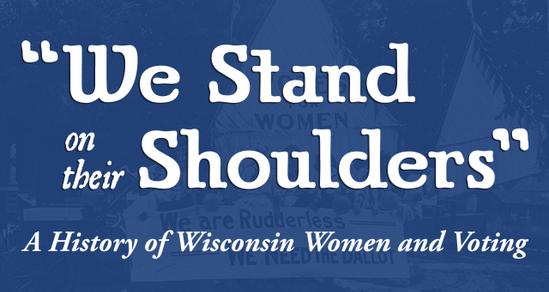