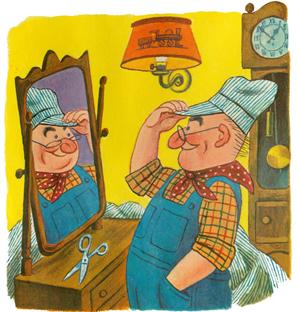 A native of Kaukauna and a short-tempered baseball catcher, George "Stormy" Kromer invented the famed Stormy Kromer cap in 1903 after losing too many of his hats in the wind while working as a train engineer for the Chicago-Northwestern Railway.  Stormy asked his wife Ida to sew flaps around the base of a cloth cap that could be tied and tightened on the front for a snug fit.  The flaps could be lowered to cover ears in cold winds.

As his cap gained popularity among his coworkers, Kromer applied for a patent in 1922 and formed a small company in Kaukauna before establishing a larger factory in Milwaukee.  The collection includes photographs of Stormy playing baseball, working as a train engineer, and his first store in Kaukauna.  The donation also includes a copy of Mr. Puffer Bill: Train Engineer, a 1965 children’s Golden Book that illustrates the story of the Kromer’s invention. 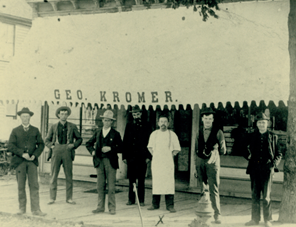